The grass season has not been an easy run for Lucie. In need of rest after her success of Paris, she shortened her preparation for Wimbledon and only played one match in Eastbourne. The first round of Wimbledon was already very tough as she had to fight hard to defeat Alison Riske in a tight 3 sets match (3-6, 7-5, 6-3).

Just like for the previous rounds, Lucie had to battle once more against Sloane Stephens to get through (3-6, 6-3, 6-1) and qualify for the 4th round. 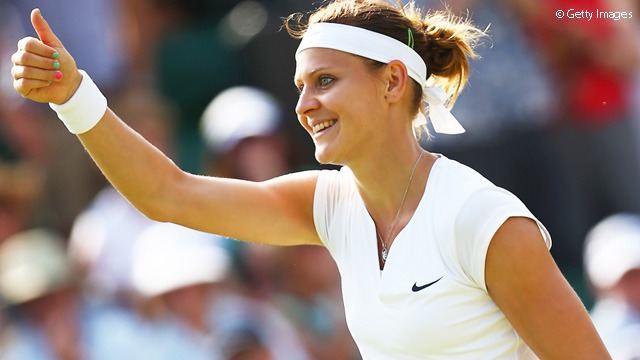 After losing the first set, Lucie secured a break at the beginning of the second set and took it to force a decider. Building up her confidence, she broke Sloane’s serve a few times in the last set to rush to the victory.

“It’s never easy to go from such a big event to right away the next Grand Slam but I think I’m doing quite well and fighting hard and I’m in the fourth round so I’m happy,” she said after the match.