That’s what we call a successful reunion! Lucie and Bethanie hadn’t played together in months, mainly due to Lucie’s illness and recovery time. They reunited in Miami and ended up winning the title! 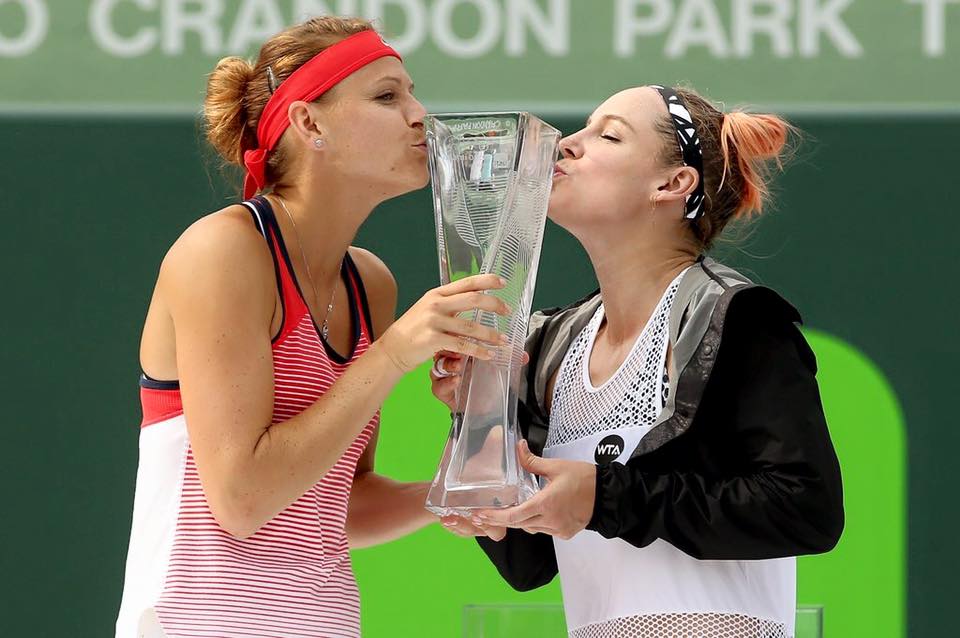 They got over each of their tricky matches in this draw and showed an amazing performance during the final against Timea Babos and Yaroslava Shvedova. “Bucie” broke the opponent’s serve 5 times in this match! Lucie and Bethanie took the first set and were up a break in the second (4-2) before Shvedova and Babos levelled at 4-4. With a final score of 6-3, 6-4, they just won their first trophy together this year!