Lucie Safarova and Bethanie Mattek-Sands, aka “Team Bucie”,  just won their 5th Grand Slam Title in Roland Garros.
They defeated the Aussie team Barty/Dellacqua 6-2, 6-1. It is the second time that Lucie and Bethanie are Champions on the French clay (Roland Garros 2015 & 2017). 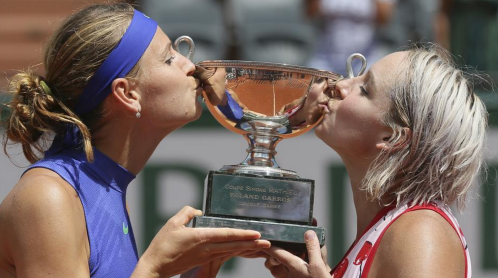 This is also the 3rd Grand Slam in a row that the pair wins – after the US Open 2016 and Australian Open 2017 – confirming their status as the best women’s double team in the world. Eyes now turn to Wimbledon, the only major still missing from their palmares, as they have a shot at completing both the non-calendar Slam and the Career Grand Slam.

In singles, Lucie was unfortunately defeated in the first round of the French Open by Veronica Cepede Royg.