Runner-up in Budapest, Lucie moves up the ranking

Lucie reached her first final of the season, at the Hungarian Ladies Open, in Budapest. She lost an intense 3 sets match against N. 1 seed Timea Babos (7-6, 4-6, 3-6). Lucie won the battle in the first set after forcing a tie-break in which she appeared very solid.  Timea Babos’ reaction was impressive as she broke right away at the opening of the second set and played aggressive to take it.  Down 2-5 in the last set, Lucie managed to break Babos as she was serving for the match, but it was unfortunately not enough to take the title presented by Monica Seles. 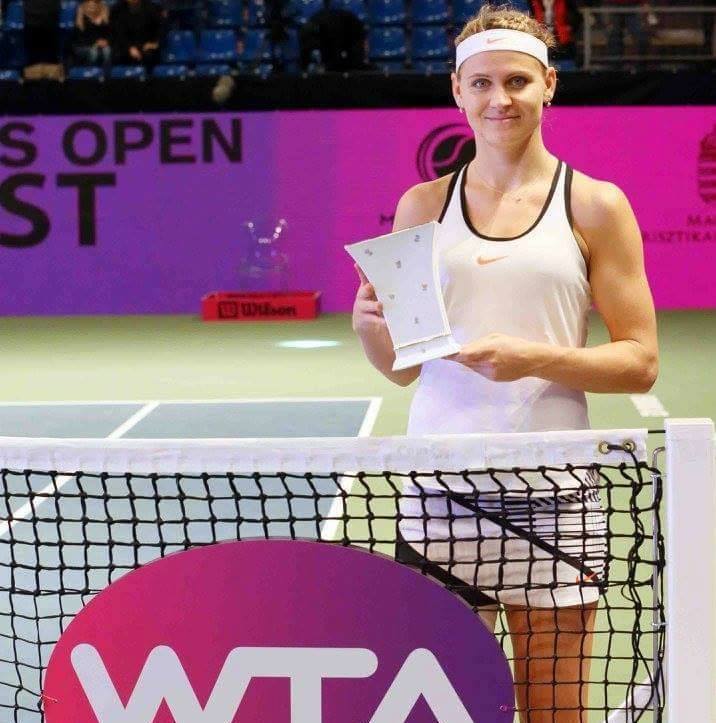 At the ceremony, Timea publicly congratulated Lucie : “It’s such an honour to play against you, you are one of the greatest girls on tour and I’m really really happy to be here with you in the final. I know it’s a bummer to lose it but I’m sure you’re going to get many more so congrats“.  Lucie and Timea are good friends and actually teamed up for the doubles in Budapest, reaching the semifinals.

Following a very good week in Hungary, Lucie moved up the ranking and got back into the top 40 (as #40).
She will soon travel to USA to play in Indian Wells.

You can watch the Hungarian Ladies Open trophy ceremony below: