Still trying to find her form since her bacterial infection, Lucie had not won a single match when she arrived in Prague. But in front of her home crowd, she found the strength to beat each of her opponent to reach the final against Samantha Stosur, improving her performance with each match : “by semis and finals I felt like my old self.“ 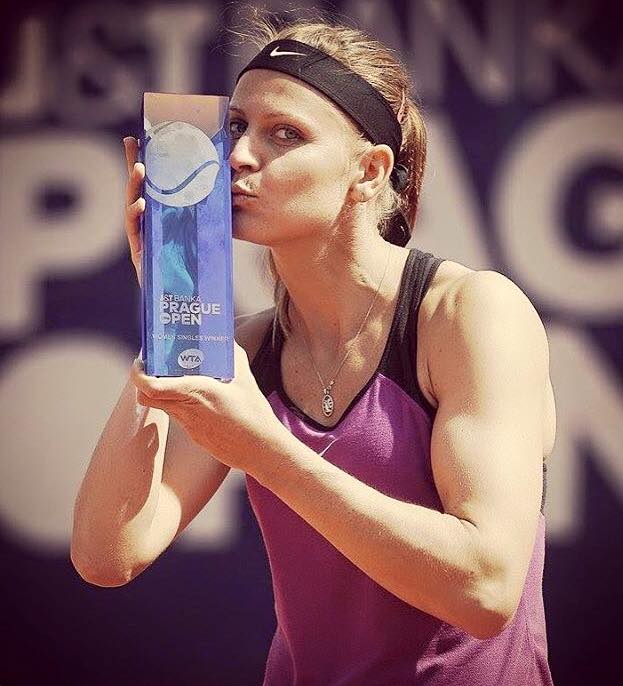 She was down a set (3-6) in this final when she managed a comeback, helped by her solid serve (Lucie hit 14 aces in this match!). After winning the second set (6-1), she broke Samantha’s serve in the deciding set. Vividly supported by the crowd, she captured her first title this year, a meaningful victory after the struggle of the past months – first to get her health back and then to get back in shape.

This is the 7th WTA title of her career and the first one she has won on a clay court in over a decade, since the Estoril Open in 2005.

Congratulations, Lucie, and welcome back!