Lucie & Bara leave the US Open as semifinalists

After Toronto and Cincinnati, this is the third consecutive time that Lucie Safarova and Barbora Strycova reach the semifinals together. Defeating McHale/Watson (6-2, 6-4), Kudryavtseva/Zheng (6-3, 6-2), the Czechs faced more difficult matches in New York, against Kichenok/Krejcikova (6-1, 5-7, 6-2) and Dabrowski/Xu (6-3, 2-6, 6-4). Lucie and Barbora were eventually defeated in the US Open semifinals by Fed Cup teammates Hradecka/Siniakova (2-6, 5-7). 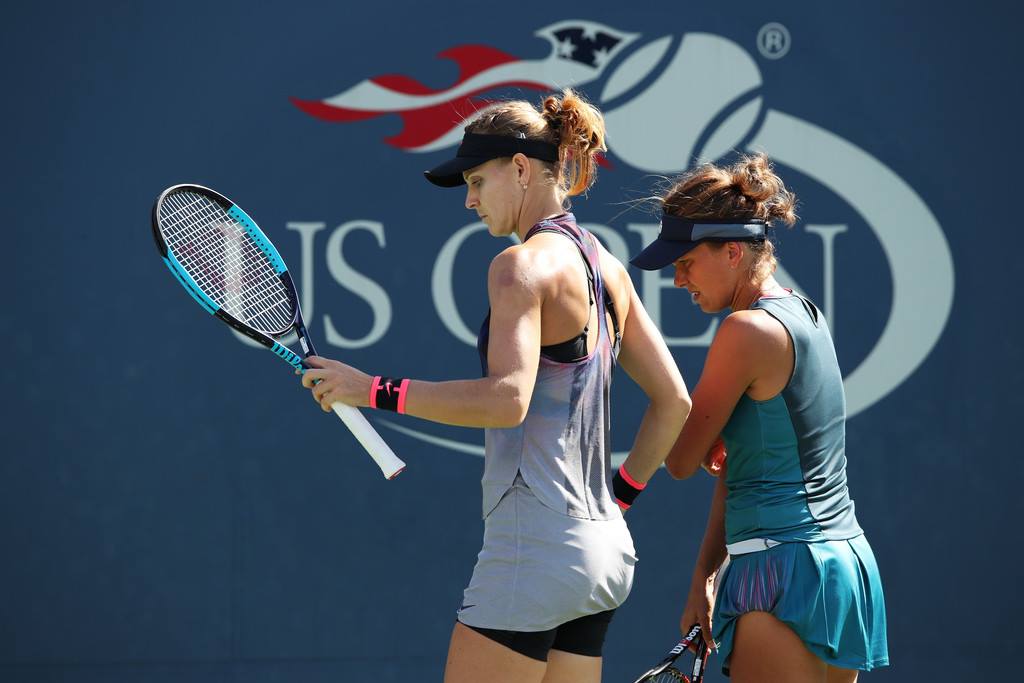 Nevertheless, teaming up with Bara has proven to be a successful partnership for Lucie in the absence of Bethanie Mattek-Sands. Following a good run the last Grand Slam of the year, Lucie will remain World Number 1 and will reach #15 with Bara in the race to Singapore.

Lucie will now go to Quebec (Canada) to compete at the Coupe Banque Nationale that starts on Monday.