The Fed Cup final between Czech Republic and Germany is taking place this weekend in Prague.

Lucie was scheduled to play against Angelique Kerber (ranked #10) in the second singles rubber. Petra Kvitova had already won the first single match against Andrea Petkovic.

Lucie was led 2-4 but she won the next 4 games to take the first set. “It was very close, each point, I concentrated on each point and I believed I was able to break her to come back“, said Lucie after the match. 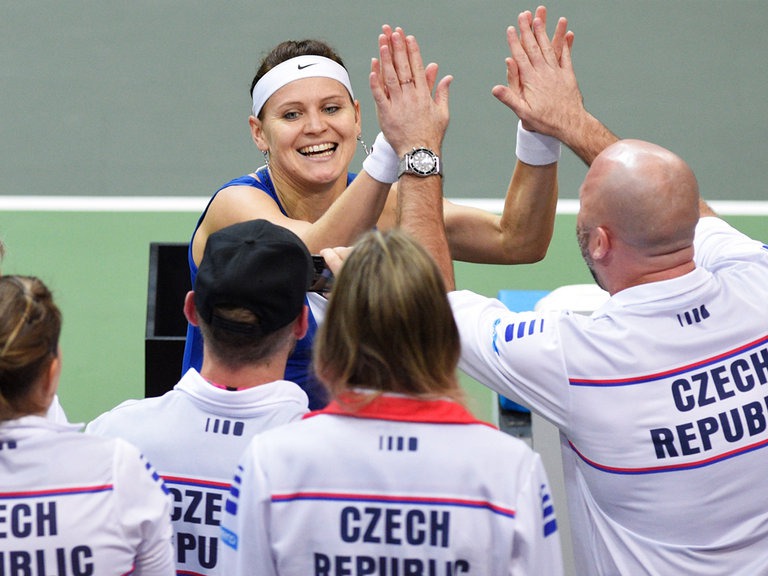 Lucie played aggressive and steady in the key moments, leading her to a victory in straight sets (6-4, 6-4).

“It not easy to keep calm and stay concentrated in the locker room. You want to go out there and play – so I am happy I kept my concentration so that I was able to contribute the second point for my team”.

The Czech Republic has a 2:0 lead and is 1 point away from a potential third title in 4 years.