Fans Corner: “Lucie Safarova is a great fighter and never gives up”

“I have been supporting Lucie Šafářová for many years now. I fell in love with her talent and her spectacular lefty game, but also with her humble, nice and sweet personality.

I am a massive fan of all the Czech female players. I truly appreciate the fantastic tradition that the Czech Republic has got about tennis. I have always been fascinated by the impressive number of great players that this small country has been able to create.  Czech girls really impersonate my favourite type of player:  they play an aggressive risky game, and they are very nice on and off the court. Lucie is without any doubt one of the best representatives of the Czech school, in every aspect. 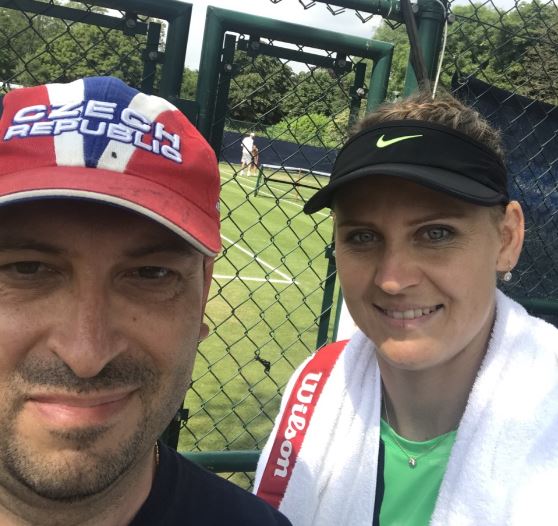 I saw her play live several times. The first time was at the 2015 Fed Cup semifinal against France, in Ostrava. She defeated Caroline Garcia by saving five match points!!! Even if she’s so nice and sweet, Lucie is a great fighter on court, and that was an example of how she never gives up.

I never got to speak to her, but I took a few photos with her and a few autographs. It’s useless to say that she was always really kind, even though the first time I asked her for a photo was just after her loss in Eastbourne.

This year I saw her play live in Prague, and in Birmingham – where I could witness her astonishing win over Cibulkova. Lucie has been through a hard time recently, especially due to her health problems, but she is finding her form again.

I am really looking forward to seeing her again and cheering for her next year!!!
POJĎ LUCKO!!!”