Now that Lucie is back and has returned to the competition, it was the perfect time to ask her how she is feeling on court and what is planned for the grass season. We also discussed her renewed collaboration with Rob Steckley, the long-awaited comeback of Team Bucie, her sickness and the difficult road to recovery…

How are you Lucie, do you feel better ?
I’m doing much better now. I’m on a full training schedule and every week, I’m feeling better and better physically. It was a long break… I’m happy to be playing again.

Was it the same kind of infection as you had in the last couple of years ?
It was a virus and a bacteria, and yes, it was something similar.

Did you miss competing while you were on sick leave or, on the contrary, you enjoyed being home ?
I was sick for a month and I couldn’t enjoy anything … But then, when I started to feel a bit better, I took time to recover and I enjoyed being at home with family and friends, doing normal things. I wasn’t fit to play tennis so I didn’t even think about it, I had thoughts about retiring. When I really got better, I missed competition and tennis as I still love that sport!  But I didn’t miss the crazy travels! (smile) I slowly came back: first, I only played every other day, or even less. When I felt stronger, I started to practice more.

What did you do during your time off ?
I went on small trips – just within driving distance – with my friends. I also went to a wine tasting festival in Czech Republic and I got my puppy Rocky so I gave him a lot of my time! Having him around brings me so much happiness!

You returned to the competition just a few days before the French Open started. Yet you won your first match and played some fine tennis. You were even close to beat Karolina in the 2nd round. What did you think about your run in Roland Garros ?

I wasn’t sure if I would play in Paris but I felt pretty good on court so I decided to go. I got a wildcard in Strasbourg which was the perfect test for me to see if I could physically handle the competition and I surprised myself because I played pretty good matches.

In Paris, I gave a good performance and I really enjoyed playing there! I was close to beating Kaja which proved me that I still can play at top level. I have so many great memories in Paris so I loved competing there! I still need to get better physically in order to handle 3 hours matches but I’m taking it day by day and hopefully I will be 100% on grass!

I was in Paris to watch your match live against Karolina and I noticed that so many people were cheering you on, often screaming your name. Did fans’ support help you during the difficult moments of the match ?
Of course, it did! I had amazing support there and I really appreciate to have so many amazing fans! It gives me the energy to push myself more!

What tournaments are you going to play on grass ?
I go to Mallorca and then to Wimbledon.
I have never been to Mallorca so I’m excited to see the city and play there!

Between Bethanie’s injury and your sickness, we haven’t seen Team Bucie in action for almost a year…
I know, it has been so long!!! I miss Team Bucie so much! But I have a good news: we will be back in Wimbledon, fighting for the trophy that we are still missing!

Czech Republic will play the Fed Cup final against USA in November… which means that you could potentially play against Bethanie.
It’s still far away and our team is very strong, so I don’t know who will be in the team but no one likes to play a friend. But it’s a competition so if we would face each other, we will handle it as professionals. 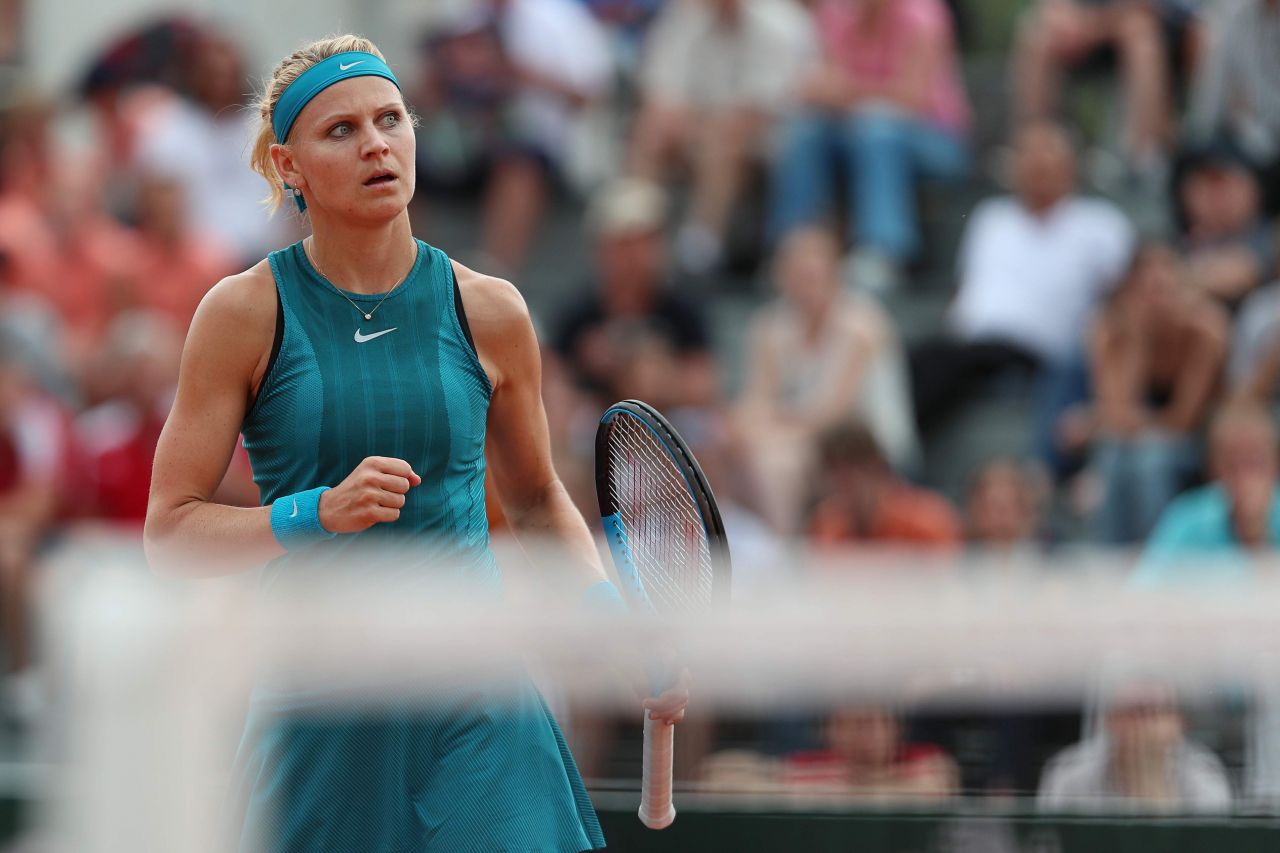 You are working again with Rob Steckley after some time apart. How is this renewed collaboration working, what does he bring you ?

It’s going great. We know each other so well and we always have fun so I’m happy we were able to reconnect again. He is the best coach for me. He knows me so well that he knows how and when to push me… he also has a great eye for the game or for what we could still improve. And he always does it with his fun personality and approach.

Did you get back to the same coaching routine you put in place together in the past or did you change anything ?
We changed little things and we try to improve my game but we also enjoy the road and of course, we try to reach our goals!

Will your cute dog Rocky come with you to the next tournaments ?
He is with me now in Mallorca and I plan on taking him to US events as well but we will see. I love having him around, he is very funny.

A few online articles mention that you might retire at the end of the year, is this true… ?
I was thinking about it a lot when I was sick because it’s always really hard to come back. I decided to take it step by step: I will see how I feel at the end of the season and then I will decide. I still love the game but I also want to be healthy and the tennis season is very hard and long.

Whenever you eventually retire, would you retire from the singles and doubles competition altogether or you might continue your career in doubles only ?
I will see. I might still play a few doubles events.

Would you ever consider becoming a tennis coach for a professional player ?
I don’t think so. I wouldn’t mind helping or mentoring someone to pass on my experience but definitely not as a full time coach.

Since you were in Paris just very recently, I’d like to ask you one question about Roland Garros 2015, when you reached your first Grand slam final. What went through your mind when you beat Ana Ivanovic in the semifinals and you qualified for the final ?
It was just pure happiness! At first, you don’t realize what is actually happening but it slowly comes. It was one of the best moments of my career!