Exclusive interview with Lucie Safarova-Part I

Lucie was in Roland Garros yesterday to support Bethanie Mattek-Sands during her match against Stosur. After the game, Lucie kindly agreed to sit down with me and chat for a bit. As she looked back on the last few weeks, we discussed a few topics from her recent health issues to her preparation for the grass season. We also talked about her current team, her objectives and dreams as well as her love for tennis. This interview will be released in several parts.

How are you, Lucie ?

It’s been a little struggle in the last few weeks, I got a bacterial infection again. It was not as bad as what I had in the past but I had to be on antibiotics for a week. I think I came back to playing too early but I really wanted to play the home tournament in Prague. I tried and I actually won the first round match but then I felt terrible. In Madrid, I was still not well. Then it started to get better but… I haven’t practiced much in the last month.

How did you feel after your first round loss in Paris ?

Obviously, I was not very happy with the way I played. I could feel that I was not back in shape, I was slow and making too many mistakes. I was very disappointed because I have great memories here at the French Open and of course, I wanted to go far.  It didn’t go the way I wanted to but I guess it’s tennis, sometimes it goes well and sometimes it does not. I’m happy that we are still playing here in doubles and we will try our best. 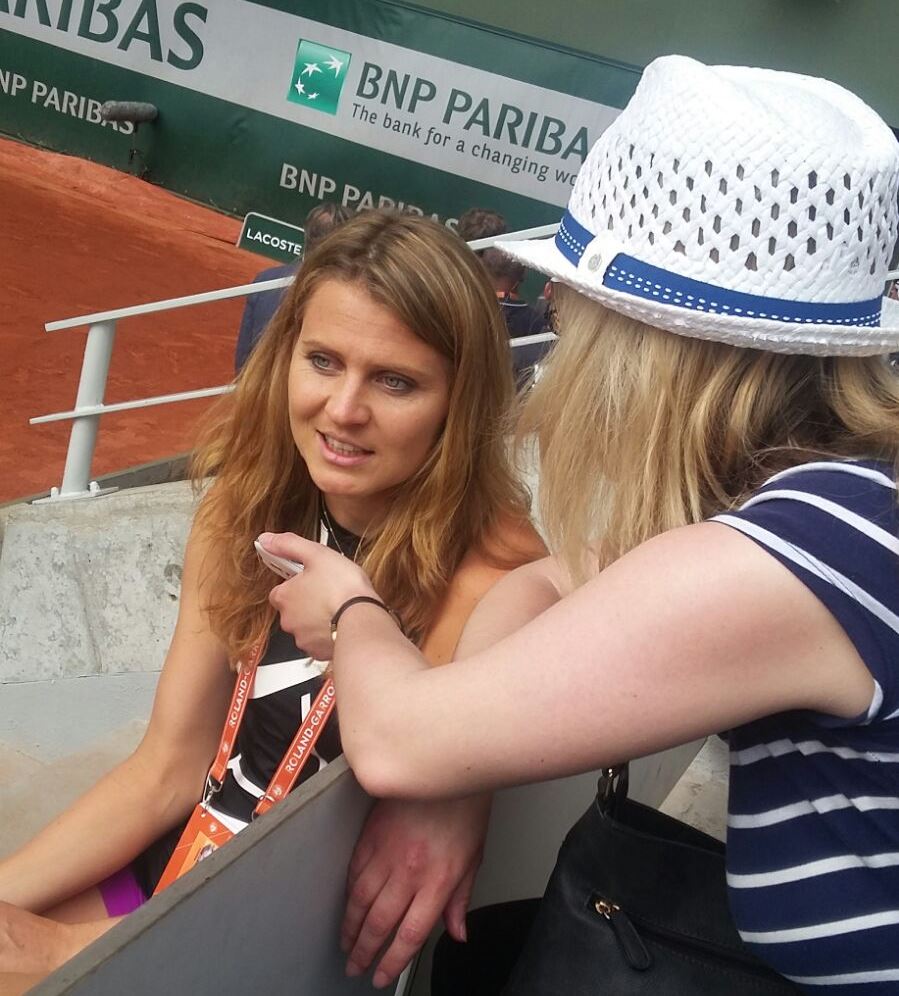 Are you already back to your normal training routine ?

Yes, I’m back to what I used to do but obviously, it takes some time. But I feel better and better every day.

How will you prepare for the grass season ?

I have entered all the grass events before Wimbledon. I’m starting right after Paris, in Nottingham. I will also play Birmingham and Eastbourne. I’m lacking matches, that’s why I entered one extra tournament. I’m looking forward to play on grass, I feel like the more I play on it the better I get. I hope that I will be healthy and get some wins, with the target of peaking in Wimbledon.

After winning the Australian Open, the French Open and the US Open with Bethanie, is Wimbledon the next objective for Team Bucie ?

I want to continue playing doubles with Bethanie because we are having so much fun. But yes, there is still Wimbledon that we haven’t won, so for sure that’s the dream in doubles.

More to come in Part II…

2 thoughts on “Exclusive interview with Lucie Safarova-Part I”