Lucie didn’t exactly get lucky with her Australian Open draw. The first round against Yanina Wickmayer was… complicated. Lucie was in trouble for most of the match and saved NINE match points (yes, we did say 9!!! You can watch them here) before turning it around! She won the match in 3 sets (3-6, 7-6, 6-1).

But a tougher challenge awaited her in the second round : Serena Williams. Lucie put up a good fight, demonstrating good tennis and aggressive shots, but it was not enough to stop the American, who won the match 6-3, 6-4. You can watch the highlights of the match below:

Even though she exited the tournament in the second round, Lucie should move up in the ranking as #55. Meanwhile, she has found success again in doubles with her partner Bethanie Mattek-Sands. Team Bucie has reached the Australian Open final and will fight Andrea Hlavackova and Shuai Peng for the title. The final is scheduled on Friday 27th at 16:00 (local time). Best of luck to Lucie and Bethanie! 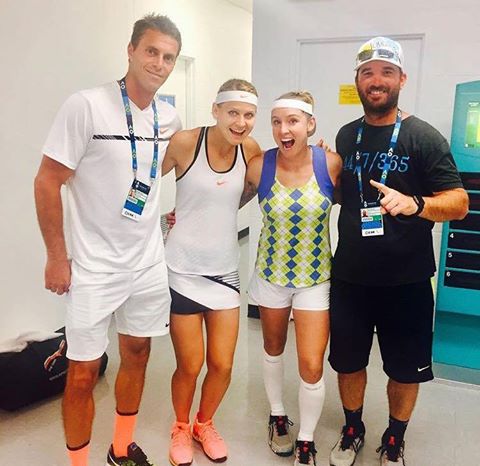